How An Amazon Seller Re-branded Himself to Success

Starting an Amazon business is not an easy feat.

There are just so many factors that play in for you to be a successful seller and it’s not always that we’re sufficiently equipped with the right skills to manage everything. Despite being an online business, it can be just as taxing as traditional businesses.

But there’s no denying that what you reap in establishing your Amazon business is also what you’re going to sow. In fact, all that effort and preparation in setting up your Amazon page will be worth it once you receive your first order up until the very last one of your initial stocks.

Amazon is really profitable; however, not everyone is lucky to get things right the first time. There will always be bumps along the way and for others, that bump can ultimately stop their business.

Meet Von, an Amazon seller that like some people, hit a business snag that led him to temporarily close his store. 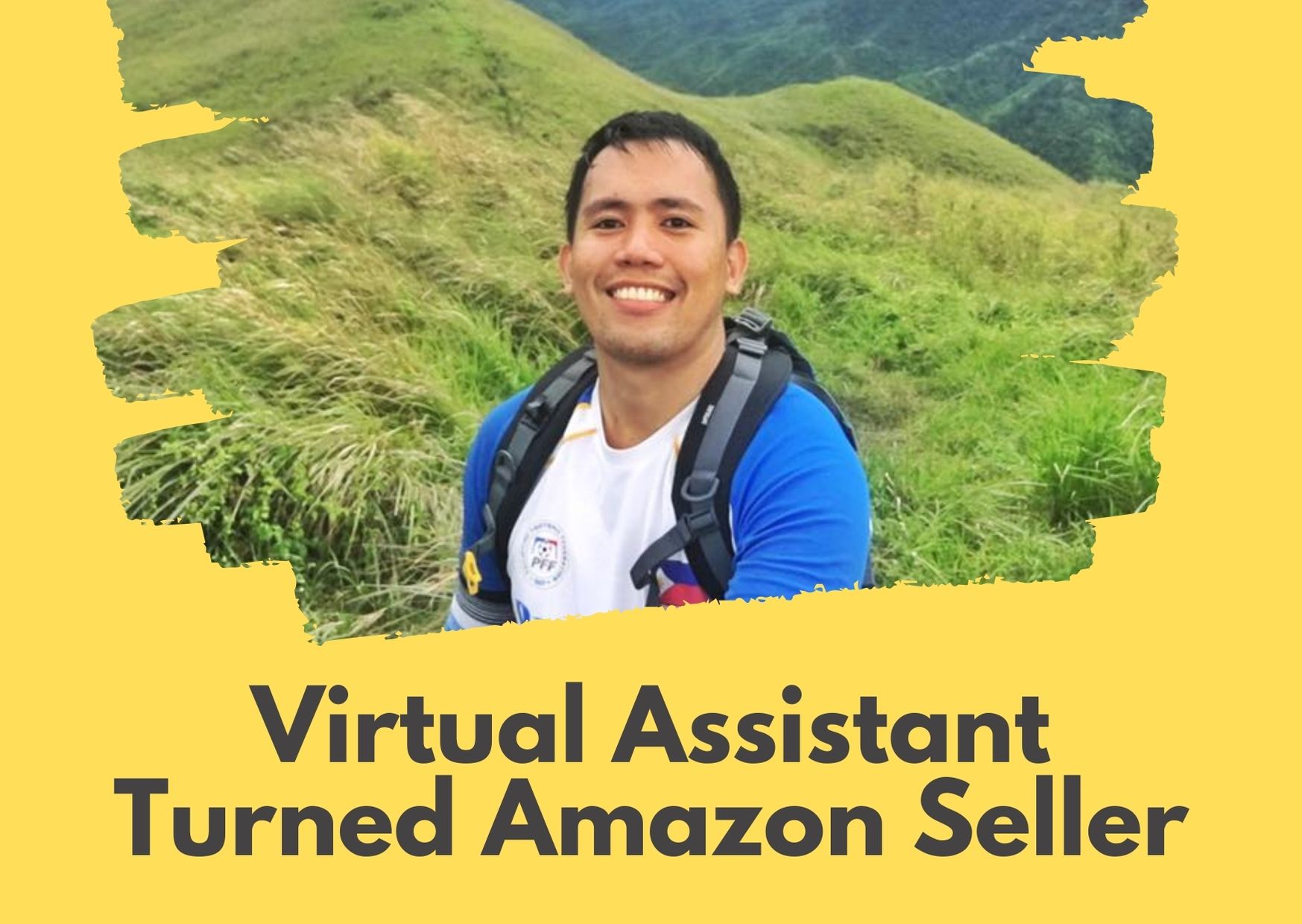 Von initially started his Amazon business back in 2018 under the Toys category.

He started with a whopping PHP200,000 for his capital. Like any other Amazon seller, most of his money went through establishing his inventory.

Von is also not a stranger to how Amazon works, since he’s under an Amazon coaching program. He did everything right from the strategic listing, Pay-Per-Click, increasing his conversion, and making sure that his clients are well-satisfied.

All his research definitely paid off. In no time, he was able to gain sales and clear his inventory. However, Von hit a problem with his cash flow.

Von’s case is pretty common with a lot of Amazon sellers.

After all, the success of a business greatly depends on its continuity. With Von’s problem, he ultimately decided to close his shop indefinitely.

But, that wasn’t the end of Von’s Amazon journey.

Still fueled with his Amazon dream, he didn’t stop his grind to learn all about Amazon and how to become a successful seller.

Von continued his Amazon course. For two years, he invested in his skills and knowledge until he could find another opportunity to open up his shop.

He wasn’t alone on this journey. Von was greatly motivated by his peers and coaches under the Amazon course that he was taking. Bit by bit, he started saving up for capital on his second chance at opening up his Amazon business.

After his two-year hiatus of being an Amazon seller, Von decided to take the risk against all odds and re-open his Amazon business.

Despite already having established himself in the Toys category last 2018, Von decided to start from scratch. This left all his past trademark, product images, and listings from his previous business unusable.

Aside from the market being too saturated, Von also estimated that he wouldn’t be able to compete with the top sellers in the Toys category. By choosing a niche that’s highly competitive, this puts a lot of unnecessary risks on his business.

After deciding to pursue another niche, Von faced another barrier to entry. Because of the global pandemic, doing product research and getting samples from different suppliers all over the world became way more time-consuming and costly.

To resolve this, Von decided to compromise his step in research and take a leap of faith instead of delaying the opening of his business that will cost him months.

It was a big step for Von to completely give the reins to his supplier. He can only give his discerning eye from the images and videos that the supplier sent. Thankfully, everything went well without a hitch.

But the hustle doesn’t stop for Von. Now that he has his products, he needs credibility so that customers are enticed to buy from him.

His answer to this problem is by getting reviews and recommendations for his product.

For Amazon to know if your product is reliable and deserving of a higher spot on their page, the algorithm heavily relies on the product having reviews.  This is a huge hurdle for first-time Amazon sellers.

A specific strategy that works well for most sellers to build their reviews for the first time is to ask for reviews from people that you already know.

Here’s how Von strategized when it comes to gaining reviews:

Von maximized his connection when it comes to Amazon. Having already part of a community of Amazon sellers, he was met with people who are more than willing to help.

This was really an advantage for Von because not every Amazon seller has the social reach to establish their business properly. While there’s the presence of your relatives, they might not be as helpful as you might think.

After overcoming such hurdles, Von finally opened his Amazon business on July 15, 2020.

And the rest is history.

Ever since his launch date, Von’s business kept on climbing. It was an impressive feat considering that he’s only been on the market for around a month. Thanks to his determination to pursue his dream of becoming an Amazon seller and his perseverance to continue learning about it, his business is now continuously growing.

Because of the problem that Von encountered with his business’ cash flow last 2018, this time, he’s taking extra steps to ensure that he could save as much money as possible without risking his business.

For now, Von started this through his supplier and inventory.

According to him, one skill is particularly useful for Amazon sellers to have so that they can maximize every coin of their capital. That is the skill of haggling and negotiation.

Aside from saving the wholesale price of the product, Von also had to negotiate a payment scheme that will fit his budget and won’t leave him on a tight financial bind — a mistake that he’s not willing to repeat again.

It was a back and forth process for Von. Not only that it’s crucial for him to not fall into the same situation just like last time, but he also can’t sacrifice the quality of his product.

Negotiation is about finding the middle ground. After a couple of back and forth haggling, Von and his supplier were able to agree on a certain contract after his initial order of 300 units.

The 30-30-40 payment scheme enables him to not only have a sense of security and quality control over his products, but a flexible payment method will give him enough financial freedom to focus on other aspects of his business without having to worry about his cash flow.

Not only Von was able to negotiate a payment scheme that is suited to his financial capability, but he also managed to broker a deal that enables him to pay the last 40%, 30 days after the arrival of the shipment to the Amazon warehouse. That way, he could use his earnings to cover for the shipment.

Now, he is currently waiting for the completion of his products from the supplier. With the time at hand, he’s still improving his skill and knowledge when it comes to Amazon and taking steps to further out his business.

Von is not the only Amazon seller out there that got a chance at a second retry. When it comes to establishing your Amazon business, there will always be hurdles along the way and it’s already given that not every seller advances at the same time.

The hard work & patience Von initially invested in his business has earned him more or less Php 174,800 for the last 3 months of selling on Amazon.

If you’re like Von who had a shot at becoming an Amazon seller but for some reason, failed, then take this as a sign to rekindle your dreams. Invest in your skills and knowledge, then take the leap of faith.

After all, you’ll never know if your second, third, or fourth shot at establishing your business will be your lucky charm.

If you’re interested in building an asset that pays you to start living the life you’ve always wanted, let the Filipino Amazon Masterclass help you achieve your dreams!